Quang Binh, the kingdom of caves, has one that speaks to the heart, literally - the Cha Loi Cave’s ‘tunnel of love.’ 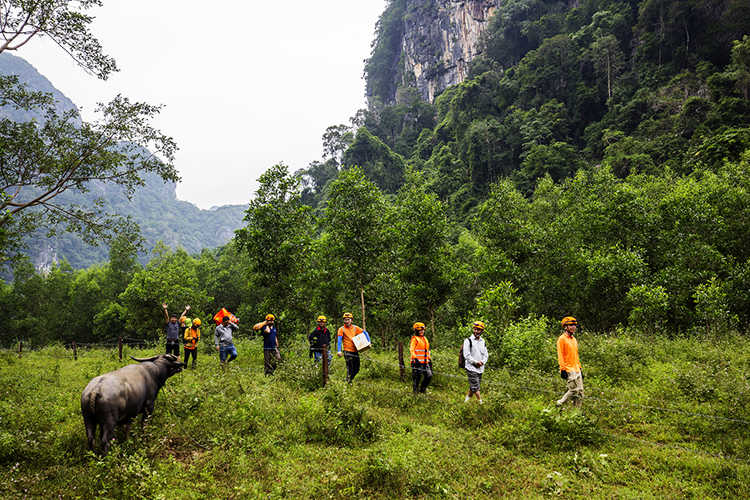 The cave only opened for tourism at the beginning of 2019. On the way to the cave, visitors can meet and interact with Van Kieu ethnic minority people who call it the Dai Tuong (General) Cave. 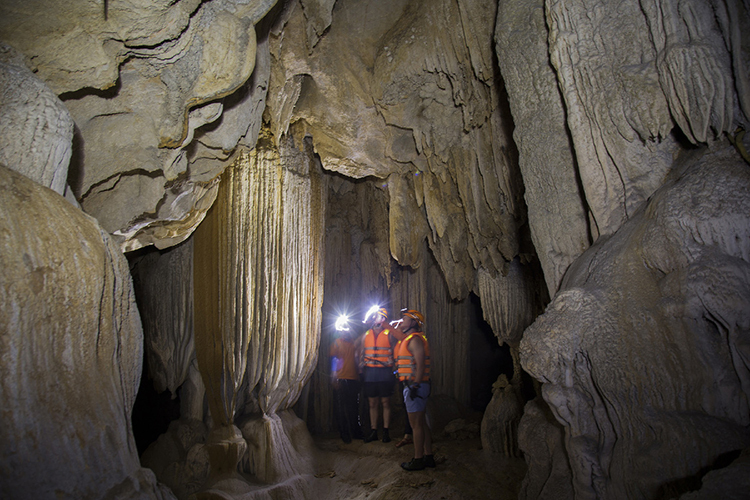 The cave has a narrow entrance area of about four square meters that leads to a large and flat space. 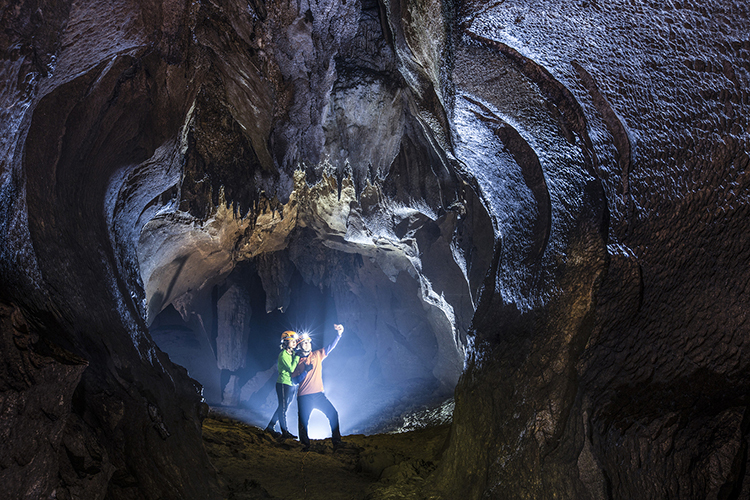 The cave’s heart-shaped tunnel adds a romantic touch for visitors. Locals refer to it as the "tunnel of love." The stalactites of the cave carry lots of silicon dioxide, commonly found in quartz, making them glow in the light. 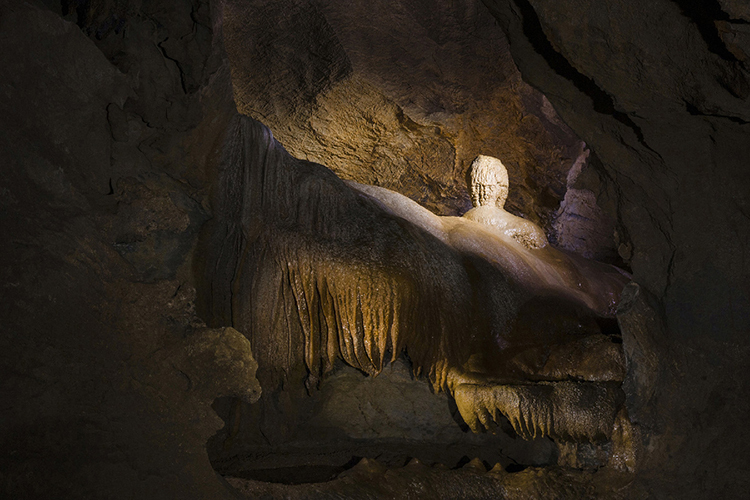 The stalactites have different shapes and sizes, and people tend to see resemblances to different creatures and things in the outside world, like a General, an elephant, a chandelier and so on. 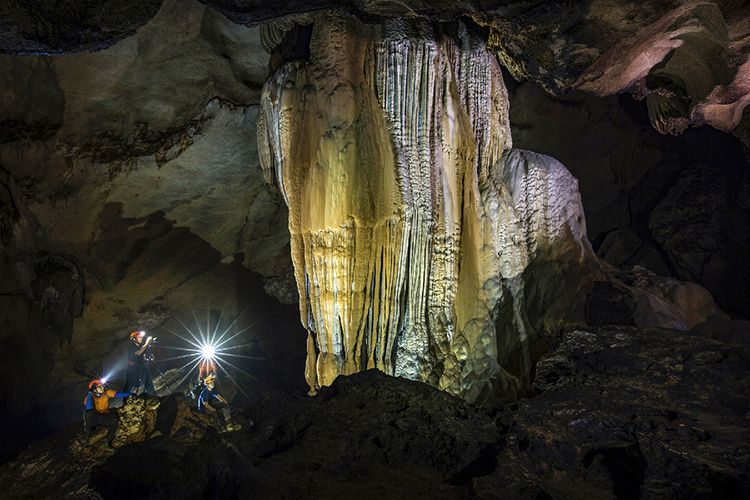 Visitors need to submerge half of their bodies under water to pass through parts of the cave, encountering small animals like spiders, fish and crabs. 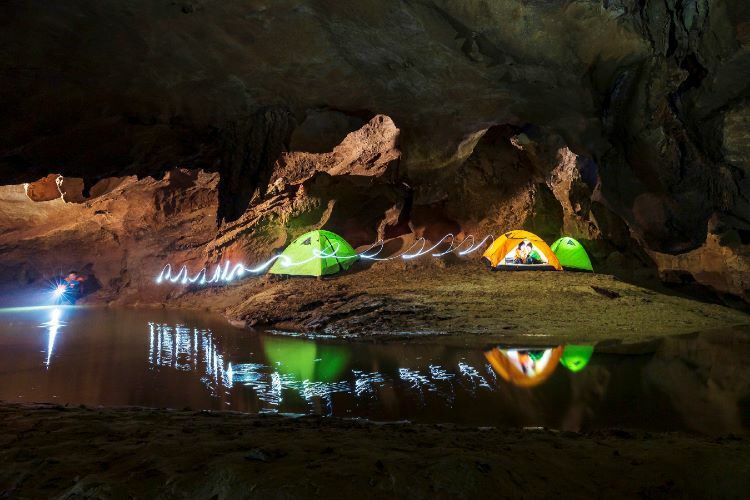 Tourists can camp next to the cool underground water. 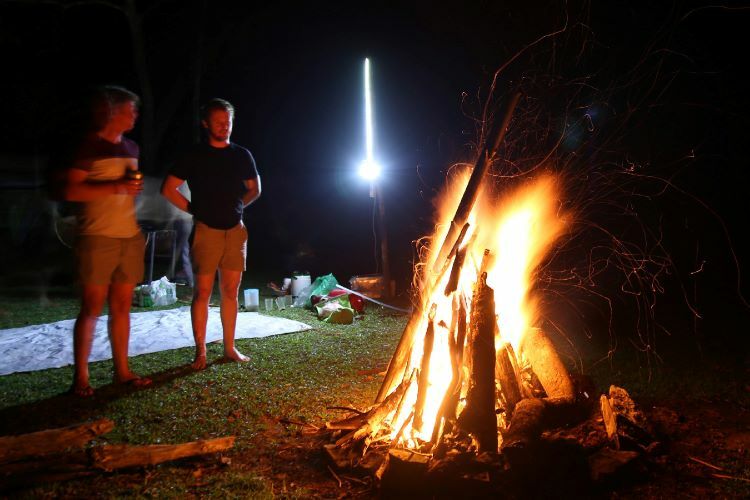 Campers stand next to a bonfire after finishing the tour.

The tourists camp in the "love valley" next to a small stream in Co Da Village, enjoying fresh air and quietude they can hardly find in the cities. 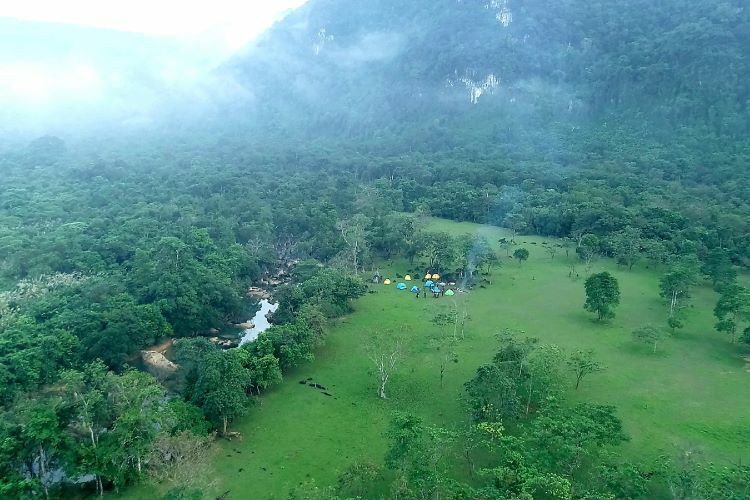 Apart from the cave, local tourism attractions include Bang hot spring, Than Dinh mountain and a house to commemorate General Vo Nguyen Giap (1911-2013), Vietnam’s legendary military leader who led the Vietnam People’s Army to victory against the French and the Americans. Giap was born in Le Thuy District, Quang Binh Province, home to Cha Loi Cave.